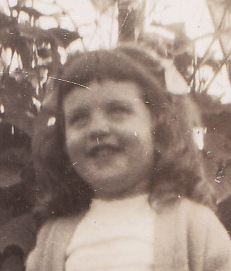 This 2015 certainly has a dynamic whoosh!  It’s hell-bent on movement and on a focused target.  So much can be achieved this year ~ this is the year for manifesting dreams.  For real.

I don’t recall a year that’s begun with so much momentum, I feel it in my body, in my cells ~ even as my body recoups its strength, depleted by the demanding intensity of 2014.  For me it began on January 1st, without thought or plan I started clearing my space.  It happened so naturally, seemingly without effort.  ‘I’m doing it’ I kept repeating to myself. . . I like this energy of 2015.

It feels like a culmination of my life’s experiences. . . like a crowning; experiencing a trust in myself I’ve not known before ~ like I’ve come into myself at last.

‘Where is marilyn?’ ‘Who is she?’ ‘What is she like?’ ‘Where did she go?’  I pondered these questions often last year, as my life was thrown to the squalling gale force winds.  My father once told me I went into hospital one little girt and came out another.  At the time I didn’t give it much thought, I was still deeply anchored in my reconstructed self.  The one set up to conform, to be a normal person. . . I thought.  I look back and see so much dysfunction… hardly surprising; who was behind the wheel if marilyn had disappeared?

little Marilyn in the midst of Polio (and the hospital hair cut!)

Having a natal Moon in Capricorn, foundations, stability, growth and achievement are important for my emotional wellbeing.  Moon in Capricorn reflects an innately responsible nature, with an urge to master material resources.  They can feel a deep sense of duty around supporting others.  Capricorn is realistic but feels most secure with solid structures and foundations supporting them.  Any perceived threats to these creates  insecurity.  Polio changes physical structures, it disrupts foundations.  Compensation was required, this happened physically, mentally and emotionally.

For all its trials and trauma, 2014 has gifted us with considerable understanding and wisdom. . . and with rebirth.  January 1st 2014 began with a New Moon in Capricorn . . . Pluto sat with the Sun and Moon.  Pluto great Lord of the Underworld offers his gift of transformation, if we’re willing to take the journey to the depths.  2014 was a  huge year of clearing.  At times we need to be taken to the edge to understand what we’re capable of.  The immersion into the fires of Hades, visiting the darkest corners, we find our light.  Transformation is real, we shed our skin, we are reborn.

It’s important to understand how we operate, how we are made… it helps us to be kind to our self.  We were created by the great Heart and hand of Life ~ the Master Creator.  We were made perfectly, we must never doubt this.  There are things that only we can know, only we can do; there was only one of us ever made, there will never be a repeat.  We need to trust who and what we are.  We’ve been given so much.  We’ve come here to learn and to share. . . to be our sacred self. 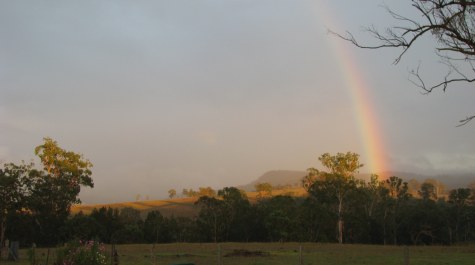 It’s close now this new life,  I can feel its refreshing breath on my cheek . . . not far now, we’re soon to meet.  All exists long before it culminates in the physical; it begins with a thought, a dream an idea.  It forms itself into an energetic shape, living in our outer bodies until the time is right for it to arrive in physical form.  That’s why we know it, we feel it ~ it’s already with us, just in another dimensional space.  The physical is the slowest moving of all the planes. . . it takes time to restructure itself into 3D reality.

Multiple layers of energy surround the physical body, some refer to these as aura’s or the Auric field.  The three physical planes of the Auric field are comprised of the Etheric Body, Emotional Body and Mental Body…  I exist, I feel, I think.  These three ‘bodies’ or Auric fields are connected to the physical body via various structures and systems ~ and directly impact the functioning of the physical body.  This is becoming more commonly known, at least that our thoughts and emotions have an effect on our physical health.

It was 1998 and I was experiencing my first major ‘crash’ ~ which literally chewed me up and spat me out.  I’d been working in Real Estate, for little money and very long hours.  I had an auction approaching.   As I opened my eyes to a brand new working day, I felt it straight away, I couldn’t move; it didn’t take long to register what was happening, I’d finally pushed myself over the edge.  I somehow managed to maneuver myself out of bed and went straight to the phone, I rang my therapist/friend.  ‘I’ve finally done it to myself’ I blubbered incoherently into the phone.  He had tried to warn me many times, the risks of running my tank dry.  He was clear and direct,  ‘go to your doctor’ he said.  I did.  He told me I was incoherent as I babbled on about not wanting to let people down (my job, the auction), he appeared to think this was extreme behaviour, to consider others at a time like this.  I thought it was pretty normal behaviour.

It was a long and difficult road, about two years.  Unable to function in a consistent manner, communication was difficult, I couldn’t put words together.  As you can imagine, my material world fell apart. . . I lost my home.  But my resilience was still firmly intact, I kept on walking, one foot in front of the other.

The strangest thing happened that first day, as I lay sobbing on the lounge ~ I heard a voice.  It wasn’t mine but it seemed to be coming from inside me, it sounded male, I didn’t recognise it.  It said ‘I will give you a second chance’, I replied through my copious tears ‘I promise I wont do this to myself again’.

After months at home resting and recovering my Reiki Master/Teacher/Healer at the time asked if I’d like to help with her stall at the Body Mind and Spirit expo. . . I wanted to go.  First day there we set up the stall, not long after I was feeling  weak, I needed to find a quiet place to rest.  There were so many people there.  As I walked I passed a stall offering ‘healings’ by donation, I saw something that caught my attention.  It wasn’t the words, it was the man doing the work.  I’d never seen an energy field like that around anyone before, it was so large and luminous.  I felt shy but I finally approached and asked if I could have a healing.  When the healing finished, I was shocked at what happened, I felt his hands move through my skin into my body as he worked on my back. . . like a kind of psychic surgery.  I quickly found a quiet corner to sit and cried and cried and cried for over an hour.  During Pranic Healing there is no physical contact.  I’d never experienced anything like it before.  Not long after I started my tuition with this wonderful man. . . my beginnings as a Natural Therapist.

During those earlier years I didn’t know myself as I do now, that’s really been more of a recent thing.  (The incredible healing time here at Mahalia has bestowed this wonderful gift ~ trusting who I am for the first time.)  Consequently my early experiences  with energy were rather confronting,  I was now experiencing energy as tangible form, I could see it, I could feel it and I was learning how to work with it.  It smashed a few concepts and shallow ideas I’d taken on.  There was so much going on in the energy world.  As a Pranic Healer you work in this environment, you are trained to clear these energetic forms.  Because anything in the energy field eventually makes it to the physical.  In my training I’d have ‘entities’ grab me by the throat, seriously, it was both scary, shocking and funny.  But looking back now, I see I’ve been seeing and feeling energy most of my life, I just didn’t have a name for it.  Consequently I tended to distrust my experience.

The reason I mention this is sometimes this whole energy/aura thing can appear to be a product of the ‘New Age’, people have even referred to me this way.  I’ve always been quick to correct them: ‘I’m not ‘New Age’ or alternative or bohemian. . . I’m a modern woman’.

Energy is real to me.  Yes, I’ve been trained, but I instinctively know it.  I see and hear things that don’t fit into 3D reality. . . like visits from Pleiadians (who spoke to me), and Venus moving through my skin, into to my body, returning after many years.  These are not products of an over-active imagination, they happened.

So it’s a great relief to finally be me… thank you 2014 for your seemingly cruel and gruelling machinations.  There was a purpose after all…. It’s good to be home.

I love to write . . . I love to appreciate all the beauty in life. I find comfort and healing in dear Mother Nature's bounty, creative projects fill my home ~ everywhere. I've done many things and more await me ~ life is a journey, a creative adventure. I often say thank you for all that's been given. View all posts by marilyn