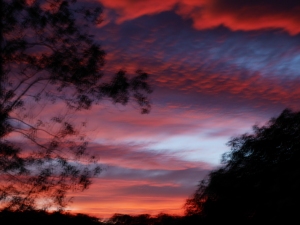 ‘Protect yourself and those you love, as you see fit’  Krystal Madison

It’s been a hell of a few months  and an even bigger week.  Climaxing with a trip to the hospital in an ambulance late yesterday… with chest pains and blood pressure dangerously high.  The ‘invasion’ here at Mahalia has taken its effect.  I’ve tried the talking, the asking, the pleading, on ears filled with other concerns… work, profit, getting the job done, with no regard for human casualties.  Yes, that’s not new.  But to have it so close is a massive shock.  And we know how shock affects the human body.

At present I cannot afford to feel any heightened emotions… I need to keep myself calm.  I may need to leave here, stay away until they’re finished.  I don’t know where or how.  And my dear familiar, Snowie, where do I take her?

I’ve mentioned before, I have Gypsy blood.  Being a ‘Lightworker’, peace lover, I’ve not turned to it much.  A few times, when I felt my life was threatened.  Mum said her Dad was a Gypsy.  She painted the most exotic picture.  A dashingly handsome man with black hair and piercing dark eyes… who opened beer bottles with his large white teeth.  He was a Devlin.  An Irish Travellers name I’ve been told.  He was born in Glasgow, Scotland where he lived until coming to Australia around 1910.  I never met him, so only have the stories. But yes, I feel his presence and those of his ancestors.

Mum’s acute sixth sense was just a plaything for us as kids, like a game.  Once when we were still young we were walking up the street to catch the bus in Sydney, where we lived.  It was quite a steep hill, we couldn’t see the buses from where we were.  ‘What bus is coming Mum?’ we’d ask her.  We’d get to the top of the hill and there it was.  She was always right.  We laughed and laughed.  It was a play thing.  But unfortunately it isn’t.  Not understanding what it was, how could we?   As I grew older, I observed my mother and this ability she had to see behind steel.  I don’t think she understood it either.  This was to her detriment in the end.  This ‘taking on’ I believe contributed to her early death.

This is not my path… an early death.  I will not and am not taking on the victim role.  This has gone for far too long.  I will not do from anger, but I will do from strength.  I know I’ve inherited the genes of the Gypsy line.  I’ve seen and remembered things.  I remembered how to curse.  Not the words of a Lightworker?  Gypsy lore is eye for an eye.  All fair in love and war.  My responsiblity is to protect myself, my precious life, and those of my loved ones.  I am not a sheep to the slaughter.

It’s taken a while… sixty-six in just over a month.  I’m ready to be who I am.  Of course I wish no ‘body’ any harm.  But to protect myself I will do what is needed.

It can take many years to understand your uniqueness.  Nothing was created without due consideration.  It was created to be used.  So conditioned from childhood we are, to become a loyal member of the masses.  This can kill us.

My dear Dad’s favourite expression… ‘there’s no such thing as a coincidence’.  I feel a strength and presence revealing itself.  Yes, It’s been here all along… but maybe now’s the time to use it.

What is ‘magick’ after all… the understanding of nature’s laws, of how energy works.

I love to write . . . I love to appreciate all the beauty in life. I find comfort and healing in dear Mother Nature's bounty, creative projects fill my home ~ everywhere. I've done many things and more await me ~ life is a journey, a creative adventure. I often say thank you for all that's been given. View all posts by marilyn