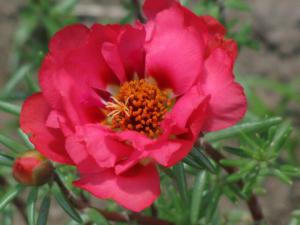 I’ve just sent off my Nimbin Good Times article… July edition, probably on the streets end of next week.  Get yourself one if you can… lots of great articles… it’s the only paper I read.  So here it is…

Well it’s been a big couple of months… three Eclipses, Winter Solstice, Pluto and Uranus doing their thing (the harbingers of the new age)… and then of course all the other incomings and outgoings of planets into signs… making significant Galactic waves.

Everything is energy as… most of us now know… everything vibrates, has a message and can be felt.  The Galactic ‘soup’ is sparking with so much new and vibrant energy… and we are all a part;  birth and death, transformation and renewal… the cycle of Life.  And all those gorgeous white mornings of late… up here in the Woodenbong Hills… such invigorating air and spectacular views.  Gratitude overflows.

I grew up in a city, well actually I ‘arrived’ in the Blue Mountains not far from the magnificent Three Sisters; those very early impressions leaving a lasting love of nature… and the mountains in particular.

Growing up in the inner city there were lots of buildings and concrete… some of the old buildings were quite beautiful, the old Wool Stores still looking great.  But that’s not what I remember.  I remember community, the warmth, love and nurturing… the extended family, the smiling faces, the gatherings, the inclusion.  That has imprinted on my psyche.

It was our first real home… Murray St in Pyrmont… now called Darling Harbour.  It was a brick terrace house, surrounded by other brick terraces.  Our gardens backed onto each other, we often talked over the fence, or were invited in for lunch.  I have such warm memories of those times and I’m really grateful for those early years… I’m proud to be a Sydney girl.

My grandparents made their way to Australia around the turn of the century… the early 1900’s.  They came from Glasgow in Scotland… but were proudly Irish.  They settled in Glebe and made their new life here in Oz.  It must have been an incredibly brave thing to do… a young family with many children, unsure of what was in store for them when they arrived in this great southern land.

I’ve lived in many cities, both here and abroad.  I’ve lived at the top of narrow winding mountain roads, in various ‘trendy’ places, right in the heart of the city and a long stint in an ashram.  And now I live in the Woodenbong Hills… well actually it’s Lindesay Creek.

I’ll always be grateful for my early years, a close knit community, free with their sharing… a true sense of community.  It’s so important.

Jupiter has just entered the astrological sign of Cancer and will spend a year there… expanding, enlarging, visioning, learning, exploring and travelling…  our roots, our ancestry, our home and family… our earliest memories of love and nurturing.

I feel nurtured by Life, by love and sharing, by respect and consideration and especially by Mother Nature.  As a human being I have needs… that need fulfilling… we live as a member of one very large family, the human family.  Jupiter is often considered the great bestower of abundance, of plenty… may we find renewed enthusiasm, greatness and appreciation, may inspired visions fill our awareness…  may we live in peace and harmony… on this majestic Earth.

Have a sensational month… immersing yourself in nurturing energy… lotsa luv.