another sensational sunset at Mahalia

“Pay attention right now to what is calling for your attention.  As our intentions come from a higher place, all that is not in alignment will feel louder, heavier and harder to bear . .  until confronted.  You can be sure that whatever is feeling loud and heavy to you now . . . is the dust you need to see. . . the dust is in direct response to the intentions you have put out.”  Dana Mrkich

Anger . . . well, first there’s the stored/unexpressed stuff from years before. . . . the times when you were cut-off, cut short . . . and had no say.  And then there’s the current ‘things’ that somehow conveniently spark it off!

Well the early stuff . . . like getting Polio…  I remember a session I had with my Healer/Therapist at the time . . . my Reiki teacher.  We ‘went back’ as I’m sometimes apt to do in those situations, Regression, I think it’s called . . . revisiting old places and situations.  She was trying to connect with me, speak to me . . . I was about 3yrs old, but I was totally pissed off and I didn’t want to know her . . . I wasn’t engaging.  Now this woman was no light weight when it came to these things . . . but no way was I going to let her near me.  I remember she felt quite surprised by the interaction.  Obviously my Mars in Scorpio was in full expression.

Yes, I was totally pissed off getting Polio . . . gone was my fun and games . . . exchanged for the dreaded life surrounded by ghastly hospital walls . . dreadfully harsh sounds, disconnected people, busy, busy, busy . . . emotional starvation. . . . and fear and overwhelm,  there was plenty of that.  And it wasn’t the kids . . . the confusion reigned supreme in the folk who were attending us.  Overwhelm, fear and frustration . . . what a download to begin life with.  But I’m sure there’s a purpose . . . .

They were overwhelmed and fearful ’cause they didn’t really know how to handle the situation . . .  this epidemic . . . that was clear to me . ..  the energy spoke volumes . . . we had to live in it.  Why such early schooling. . . I guess there’s always a reason.

So first I lose my fun and games . . . and then have to contend with this inhospitable place.  Being experimented on . . . isn’t that what they do?  They don’t really know . . . so they keep trying all these things . . . with little regard as to how they may feel.

All alone inside myself . . . observing, seeing, feeling helpless.  They know so little, experiments we’ve become. . . I’m little, my voice doesn’t carry any command.  It frustrates me . . . I feel angry.

My honouring needs to begin with myself . . . my kindness and care . . . my wisdom and knowing.  It’s not what we’re taught, this self-love and respect . . . but something we learn as we walk along the path.  Without ourself . . . nothing, no-one exists.

I went from her warmth and knowing . . . her protection, her love and caring . . . into a very strange world . .  of fear and tension, emotional starvation, coldness, harsh sounds . . . scary experiments…  Yes, I was pissed. 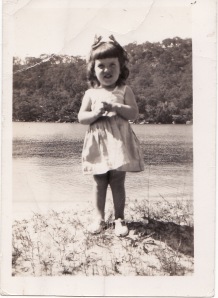 Little gorgeous marilyn . . . amongst the many gifts she had . . . she had her Mars in Scorpio.  They don’t come much stronger than this . . . Mars, that is.  Both Gandhi and Martin Luther King, both had their Mars in Scorpio . . . among other notable luminaries.

Mars in Scorpio fights to the death . . . a strength of will, not many would dare to approach.  A depth of feeling that feeds powerful desires . . . a dedication to the cause . . . that would keep many breathless.  It’s a powerful Mars, its roots are deep . . . it’s not interested in trivialities, it wants the truth.  It’s power of focus is intense indeed . . . once ignited. . . it sets off energy . . . directly to the target.  It’s very desires begin to create changes in the ethers.  It’s a powerful Mars . . . it works from the deepest primal energy.

The thing with Mars . . . ’cause it’s energy is action and movement. . . whether physical, mental, emotional or metaphysical. . . is when movement is thwarted, stopped in stream. . . it begins to build . . . until it needs some release . . . built up energy releases with a bang!  Yes, Mars is energy . . .raw, undiluted . .  the traditional ruler of Scorpio, the modern ruler of Aries.