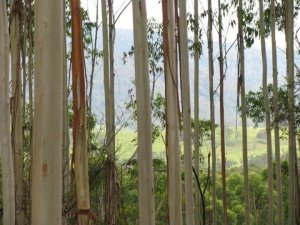 ‘seeing into the distance’

As I mentioned before, I have a strong sense to uncover. . .could be Mars in Scorpio, delving into the most hidden corners.  Having a serious illness as a child peaked my curiosity. . .’cause what I  heard and what I ‘saw’ and what I felt. . . often were very different.

I clearly remember a time. . .I was about 7 yrs old, I was sitting with my parents at a big desk. . .  well it looked huge to me. . . and the other side was my Doctor and he was talking (about me) to my parents.  I remember he had a kind face, and radiated caring energy. . but it was the words coming out of his mouth that caught my attention. .  I said to myself quietly. . .”He has no idea what he’s talking about”.  Now I certainly don’t imply any disrespect for this man, most obviously left from this Earth now, but from a very young age, before this time, I had the uncanny ability to ‘know’ and ‘see’ things.

I was only very small when I went to live in the hospital. . . so obviously a lot of different emotions were raging thru me.  But the memory of ‘seeing’ and ‘knowing’ are strong. . .it was like I was standing somewhere else and observing the scene.  I  saw children leave their bodies and float thru the air, could hear the distress but I saw they were fine.  Their bodies were no longer capable of holding their soul. . .others were sad but they were OK.

I felt lots of fear in the atmosphere, it wasn’t the children. . .it was the medical staff. . .’cause ‘inside’ they had no idea what to do.  These are my memories,  the memories of a small child.  Children are a lot more aware than most think. . .their intuitive sense is foremost in their body system.  But when our bodies are small, no one really listens. . .they believe we don’t know. . .how on earth could we?

But I know different. . .and in the most extreme circumstances. . .life and death. . .fear and panic.

Yes, of course I was affected. . . .the human psychology works that way. . . I carried the memories, the fear and the confusion.  But it also gave me the opportunity to search for answers. . .seek and ye shall find. . . I certainly took advantage.

The body and the psyche work as one. . .so yes there have been physical symptoms attached on this journey. . . but that’s OK, I don’t think I’d swap it. . . .I’ve had a life rich in learning.

I’m still learning now. . .the journey continues. . . my body and me, intimate companions.  And coming as a Virgo, you have to have a giggle. . . Virgo’s body’s are probably THE MOST sensitive. . . .and also the magnificent connection between mind and body.

Virgo is the Healer, the Goddess, the Purifier. . . .she’s more familiar with ‘other’ dimensions. . .of ‘beings’ on this planet.  She connects with the essence, the ‘invisible’ approach her. . .she has such a kind heart. . .she just want to ease all that suffering.

But she’s a delicate soul. . .she’s a different kind of Earth. . . she’s the energy that creates the physical earth that we live on.